When Gary Garritan released the original Personal Orchestra in 2004, he set a lofty goal: to “bring the power and majesty of the orchestra to every musician.” Over the ensuing 12 years, the delivery of further sample libraries – each an achievement in its own right – continually reinforced the Garritan name as synonymous with “simplicity, sanity, and affordability.”

And here’s some great news: our work is just beginning.

My Journey with Garritan

I recently took on the role of Product Manager, Audio/Notation, placing me in the driver’s seat for all things Garritan. It would be an intriguing challenge for anyone. I have to admit that I’m particularly thrilled to have been entrusted with the Garritan legacy. I began at MakeMusic as a customer success representative. My initial roles were to troubleshoot notation issues for our Finale customers and assist students and teachers in using SmartMusic. In early 2012, shortly after MakeMusic acquired the Garritan Corporation, I was among those chosen to provide Garritan support. In addition to answering phone and email inquiries, we also spearheaded the creation of an online knowledge base.

As we developed this resource, my product knowledge and appreciation for Garritan libraries’ capabilities deepened.  When a tech writer position for SmartMusic and Garritan became available, I was again chosen for the role.

My first project was to collect sources in order to produce the PDF manual for Garritan Harps. This was a real eye-opener into how sample library development worked. A few years later I was doing QA testing and contributing to the Personal Orchestra 5 documentation including our first online-only user manual. Today online manuals are ubiquitous, but at the time it was exciting to be able to continually improve the manual and provide users with the most up-to-date help resources.

Today, I’m delighted to concentrate my focus on the virtual instrument world. I’m eager to play a role in the next generation of Garritan development. In the short term, we’re focused on leveraging our vast archive of samples to provide a consistent, low-impact playback experience across the entire MakeMusic ecosystem. We’ve got all these great sounds: it’s time we put them to good use.

Concurrently, we are also exploring possibilities for new libraries as well as making significant improvements to existing ones. We have no shortage of great ideas, from which we want to prioritize by what will best serve our customers. For example, should we extend the palettes of libraries like World Instruments and GPO, invest in making a standalone Convolution reverb plug-in, or provide groups of instrument patches in an a la carte fashion? To best answer these and other questions, our plan is to reach out to you.

Through user surveys and other market research, we plan to find out what you like about our existing libraries. Perhaps more importantly, we’re also interested in what kinds of tasks you wish you had a better solution for. I believe there’s a great opportunity for discovery in an industry that has reached maturity.

Even with all the changes in the digital music universe, our mandate remains clear: provide a reliable, simple, and affordable virtual instrument experience for music creators. It’s a vision that guides all the work we do and assures me that we’re making something that matters. 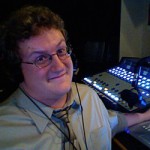 Jon Tschiggfrie was once described by a professor of philosophy (rather hilariously in error) as “a cat who could really cut a rug.” Despite his ineptitude on the dance-floor, Jon managed to complete a vocal and classroom music degree and in 2011 joined the MakeMusic team.

Since moving to Colorado, Jon has continued pursuing his interests in choral composition and preserving the American steam calliope tradition (no, seriously, check out the photo above).