One of the primary challenges when using a virtual instrument library with a MIDI keyboard is trying to create realistic performances for sustaining instruments. Simply pressing a key harder to play a louder note works perfectly for a piano, but what about when recording a track for an instrument like violin or organ? This method makes it very difficult to capture the control of attack and sustain of many instruments. This is why Garritan libraries break with traditional MIDI convention and, rather than using key velocity to control volume, sustaining instruments use the mod wheel instead.

With a traditional MIDI control scheme, once you press the key on your MIDI controller, much of your control of the note ends. This differs greatly from a string or wind player who retains complete control over their volume curve and rate of decay. Garritan libraries allow you to mimic this control by keeping a hand on the mod wheel during your performance. In keeping with the overall characteristics of an instrument, you will also hear the natural change to the timbre of an instrument as you use the mod wheel to adjust the volume.

Users recording their performance into a DAW generally won’t have to change any part of their workflow as any performance on the mod wheel will recorded the same as the key velocity of other libraries. However, those making manual changes to the commands recorded in a MIDI track will want to note that volume will be controlled by MIDI CC1 (mod wheel) rather than CC 7 (key velocity).

A side benefit of using the mod wheel to control the volume of sustaining instruments is that it offers the freedom to use key velocity to provide even further control of your sound. For example, with a traditional library, if you want to have a trumpet play an accented note, you would usually need to go back after recording your performance and manually edit the MIDI commands. In a Garritan library, simply play the key on your MIDI keyboard harder to play an accent on the attack of the note without affecting the overall volume.

Keep in mind that every Garritan instrument is individually programmed to reflect the unique characteristics of it’s inspiration, rather than forcing every instrument to conform to MIDI guidelines designed for keyboards. To get the most out of any Garritan library, I always recommend spending time with each instrument to become familiar with the subtle differences in their control. This can make the difference between the computerized sounding performances we’ve all heard and a lifelike performance that can really give an edge to your music. 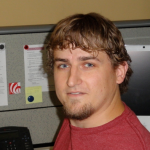 Jon also works as a music producer and recording engineer. When not on the job he enjoys exploring the trails around Boulder and taking in local shows.