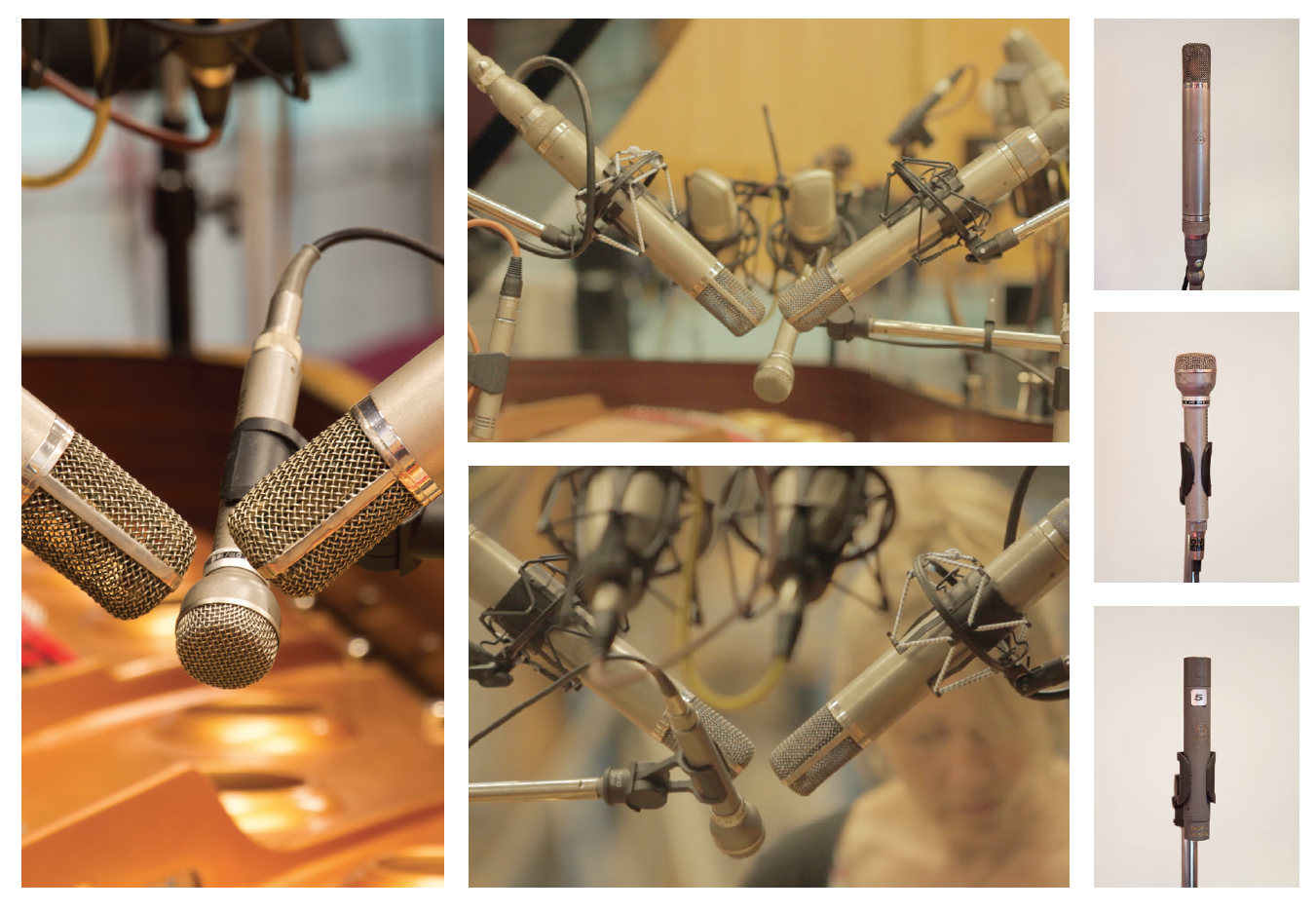 To complement the woody, organic and nuanced detail of the “Classic” perspective, the team wanted to provide contrasting mic perspectives that gave the piano a bright, modern sound capable of a wide dynamic range with plenty of bite. For this “Contemporary” perspective, members of the engineering team at Abbey Road, known for particularly for their specialization in contemporary recording styles such as Rock, Pop and so forth, selected and placed mics as they would for such a session. Once again this also meant the “secret sauce” of the Abbey Road signal path, including rare pre-amps, custom EQs and Studio One’s Neve 88R mixing console. The “Close” and “Ambient” mic selections were chosen particularly to emphasize the power and clarity of the piano.

Each perspective has independently controllable Close and Ambient mic levels in the CFX ARIA player. In this article, we are going to focus on the Contemporary perspective.

The Contemporary perspective creates a piano sound that is bright and hard with lots of attack from the hammers. However, we also needed to retain the expressive detail of the CFX, and careful consideration was also given to maintaining the piano’s warmth and intimate ambience. The presets are particularly good at showcasing the crisp clarity of the Contemporary perspective. “Brighton Rock” has a punchy and lively feel to it. The lower intervals speak out and it has an overall clarity and raw power that’s unrivaled. On the other end of the spectrum, “Soft and Moody” has a warm and delicate feel to it without being muddy or tonally cluttered.

For the Close mic setting, two AKG C12’s and one AKG D19 microphones were used.

Now’s a great time to order the library and try the Contemporary perspective out for yourself. As you familiarize yourself with the CFX piano, let us know what you would like us to explore further right here on the blog by leaving a comment below or sending us a tweet @Garritan