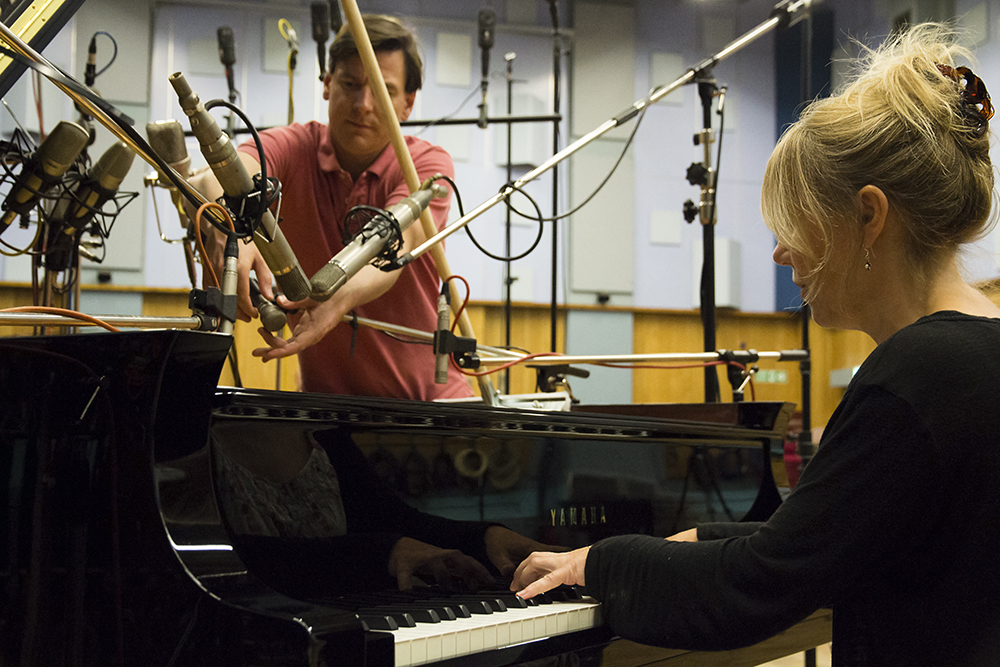 One of the goals in developing the CFX Concert Grand was to create not only a beautiful sounding virtual piano, but also to produce a functional and flexible musical tool to suit as many settings and styles as possible. To this end, we tapped into the engineering talent of the Abbey Road Studios team to not only select good Mics from their “closet,” but to create specific mic combinations or “perspectives” as they would for real-world recording sessions. This also meant the “secret sauce” of their signal path, including an unrivaled collection of vintage pre-amps such as the EMI REDD.47 and the fabulously warm EQs on Studio One’s analogue monster, the Neve 88R mixing console. The mic selections and configurations were divided into “Close” and “Ambient” groups.

With this approach to the project, we ended up with three discrete perspectives: Classic, Contemporary, and Player. Each of these perspectives have independently controllable Close and Ambient mic levels in the CFX ARIA player. In this article, we are going to focus on the Classic perspective.

The “Classic” perspective most faithfully captures the natural tonal character, clarity and nuance of the instrument. Whilst the mic selection and setup reflects a configuration used for recording a piano in a classical, film or a solo setting, the emphasis on clarity, warmth and detail make it perfect a perspective for many stylistic situations. This mic configuration gives really detailed and warm sound that feels “woody” and organic. Mixing between the “Close” and “Ambient” mics in the user interface gives additional tonal flexibility.

As every piano, recording venue, repertoire and pianist are different, the M49 and KM184 are used to capture a close detailed sound, which the engineer notes: “is especially good for chamber music.”

If you haven’t yet purchased the Garritan Abbey Road Studios CFX Concert Grand, Garritan is running a Free Shipping special that will expire on July 31, 2014. Use code FREESHIP during checkout in the MakeMusic store. Now’s a great time to order the library and try the Classic perspective out for yourself. As you familiarize yourself with the CFX piano, let us know what you would like us to explore further right here on the blog by leaving a comment below or sending us a tweet @Garritan